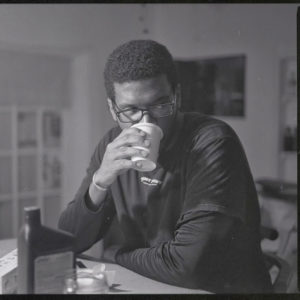 Chad Baptiste, and Independent Illustrator/Comic Book Artist, and Writer,  will now provide creative content and blog articles to Striker-Pierce and its Clients based on timely and concerning issues.

Chad Baptiste began his role as Content Provider to Striker-Pierce in early December, 2014. Serving as an outside intermediary, Chad‘s blogging techniques cover various topics as seen predominately from the public eye, matters that both directly and indirectly correspond with the diligence of Striker-Pierce, and incorporates the significance of what can be done to protect ourselves in an increasingly growing global market. As an artist, the ability to keenly observe key elements among a flurry of data is key to providing poignant and direct text for readers to engage, and also, just as importantly, to question. Chad, a Bachelor of Science recipient, has had experience in narrative development as an independent comic artist and writer, working along side others as well as his own titles over the years, applying resourceful techniques to build his writing skill set.

Brian O’Shea and Striker-Pierce LLC decided to hire Chad due to his insightful way of analyzing current issues in a manner which allows for increased comprehension or these issues from the view of Intelligence Professionals and Investigators alike.  For our Clients and followers, be know that Chad’s writing will shed new light on current events and stimulate discussion as we seek to understand the world around us and the tumultuous events around us that shape our daily lives.