The Shocking Reality of Online Harassment 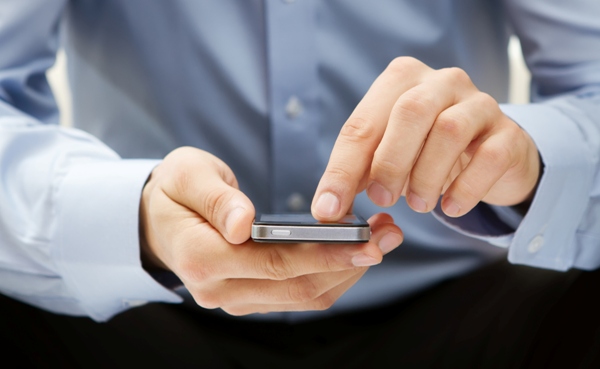 Online harassment is something that most of us are familiar with, particularly after the last US presidential election which often involved the use of passive aggressive tweets between candidates. With the undeniable influx in social media use and abuse, it is unsurprising to learn that almost half of the American population has suffered at the hands of an unseen online aggressor. While it is common to become a victim of online scams, the harassment that coincides with becoming a target is rarely discussed.

In a joined report by both the Data & Society Research Institute and the Center for Innovative Public Health Research, it was said that approximately 47% of Internet users eighteen years or older in the US have personally experienced one form or another of cyber, abuse, bullying or harassment while using online platforms. Of these, over 25% have refrained from posting something online in fear of attracting unwanted attention from a specific individual (or individuals) who may harass, insult or even stalk them as a result.

Those who have been victims of online harassment tend to shut themselves off to the world outside of the internet according to the Online Harassment, Digital Abuse and Cyberstalking in America report. Those who do suffer from online harassment­—typically women, LGBTQ, and/or minorities—transport the affects of their online treatment into the real world. This transgression can often result in mental health problems, victims sometimes harming themselves and acting out in response. 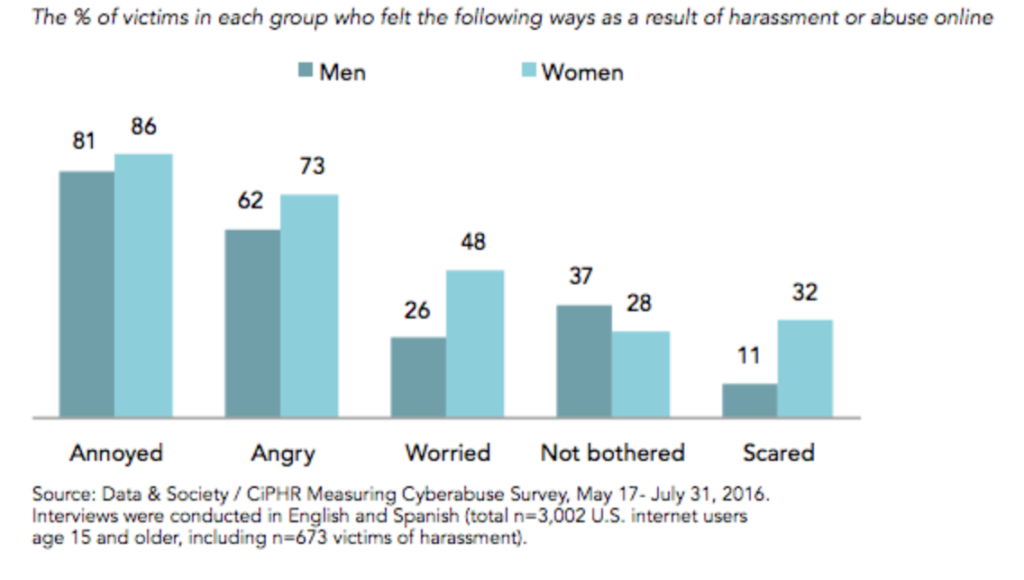 The realms of online harassment fall under three distinct categories—direct harrassment, invasions of privacy and denial of access.

Of these, “direct” is the most typical category of harassment. Direct harassment generally encompasses offensive name calling, threats and cyber/physical stalking. An invasion of privacy is the second most common type of online harassment. Invasion of privacy consists of an individual’s sensitive personal images and/or information being posted on the internet without their consent. Sometime in these instances the individual has their online activity tracked unknowingly. This type of harassment can lead to larger scams which may include blackmailing the internet user for information or money in order to have the information take down.

As true in most other scenarios, women are much more likely than men to be the recipient of unwanted harassment negative attention online. It has been reported that over 50% of female internet users have been harassed online, admitting that the experience had left them fearful.

How Online Harassment Can Affect Lives

In the case of online harassment, it is common for victims to primarily try to protect themselves from the aggressor rather than seek other assistance.

Victims will commonly alter their contact information, create new, private online accounts in place of the old ones, usually under a pseudo name. In certain instances, victims reported to have experienced relationship troubles with friends, family, and their partners as a result of something being negatively posted about them by an aggressor. Some claimed to have felt disconnected from their family and friends as a result of the limitation of their online presence.

Young women, approximately 15 to 29 years of age, tend to be the common target of online harassment, receiving more unwanted attention on the internet than any other group. Nearly 20% of young women who use the internet admitted to being victims of cyberstalking, 10% of these having personal sensitive information or photos posted regarding them online.

Now more than ever, those who suffer both in the cyber world and in the real world because of online harassment face several unavoidable repercussions. Reputations have been damaged because of hackers leaking sensitive information, women and men are exposed to unwanted sexual pictures and innuendos. Others are threatened with promises of violence and disrepute by their abuser, causing victims to develop increased anxiety. Some even go as far as to disconnect themselves from both the internet and society completely.

Social media companies can promise to be better moderators, websites can remove the comments option, and people can report or block abusive content … but these are just band-aids for the likely harassment to ensure. Harassment via the internet is still harassment, and there are additional steps you can take to ensure your personal comfort and safety. If you have any questions, feel free to contact us at (571)-451-4833 or info@strikerpierce.com. Our case specialists and investigators can answer any questions you may have regarding your circumstance, and can provide options that are within your budget and ours. You deserve to feel comfortable and safe wherever you are, even the internet.