How to Spot Scams & Bots on Tinder and OkCupid

Valentine’s Day is approaching quickly, which means frantically trying to find a match to take out for that 2-for-1 special at your favorite restaurant for the most romantic day of the year. Finding that quick date is easier now than ever with new technology and applications that allow you to swipe right and meet your match. However, with this increase in online mobile dating comes an increase in online dating scams. Don’t let some scammer steal not just your heart, but your wallet.

Below are 5 examples on how to spot online dating scammers on mobile apps such as OkCupid and Tinder. By being wary of common scams on these apps, you can ensure that your online dating experience goes well, allowing you to spend more time finding the perfect date hassle-free. 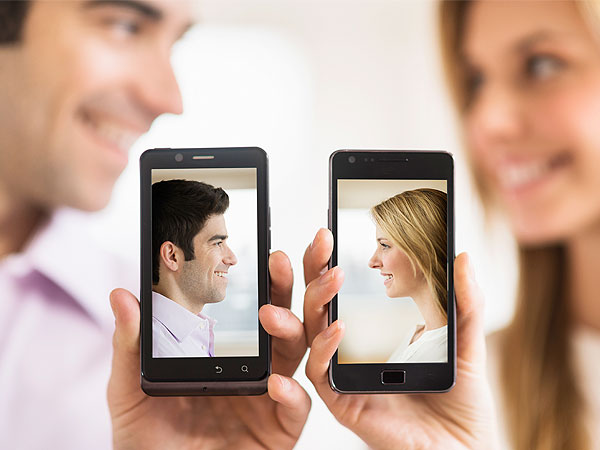 Bots used for scamming have occupied the internet. They are a cheap, effective, and a common method used to advertise online. Back in the day, it was simple to determine whether or not the person you were talking to online was real. This is mainly because bots had only been programed a few conversational lines, typically repeating them over and over, no matter what your response was. However, scammers have upped their game, creating bots that can dupe even the most intelligent of us. Currently, bots actually outnumber the amount of real humans on the internet. They have the ability to adapt their communication by “remembering” even the smallest details you have mentioned, and incorporate them into the conversation.

Surprisingly, dating apps often utilize bots of their own to maintain an equal male-female ratio. One of the most common online mobile dating apps with bots is Tinder, an app with over 50 million monthly users. Harmful bots typically prefer these types of applications, such as Hot or Not and OkCupid, due a greater chance of communication emerging. This is due to both the design of the app as well as the large number of people using it because of it’s easy accessibility.

You may swipe right on a potential, promising match on apps such as Tinder and OkCupid. The text-like communication begins and then, just as you think “maybe this is going somewhere”, your potential upcoming Valentine’s date sends you an incredibly romantic message, sending you a link to sign up for a website, make an account somewhere, or join a newsletter.

Because of the internet and those who write articles such as this, there have been several successful methods discovered that allow you to bypass being scammed and, most importantly, not have your precious time wasted. Below are some of the most effective, recommended and popular methods and examples of spotting and avoiding scammers on OkCupid and Tinder!

Regardless of how well bots are programmed to assimilate to a conversation, they are incapable of being trained to correctly respond to every random combination of letters. To check if you are talking to a fake profile, begin by writing a normal sentence. Later on, introduce a random combination of letters such a ‘asjeksgr’ and make sure to note their response. Obviously, if the response to your random gibberish carries on normally as opposed to asking whether you pocket-messaged them or are having a seizure, it is smart to terminate the conversation. Another tell-tale response is asking what the gibberish was referring to, like your random combination of letters is a perfectly normal thing to say. Bots use this method to incorporate what you are trying say, and it should signal warning bells just as much as if they completely ignored the gibberish.

It is typically considered a positive sign when the person you are chatting with is a fast responder, but it may seem that sometimes they might just reply a little too fast. While it could just be that they find you smokin’ hot and want to keep the conversation going, it often has more to do with being programmed immediately respond to not lose your attention. This, however, doesn’t mean that everyone who responds quickly is a bot, or that all bots reply quickly. As stated previously, most often the bots are still being developed. By purposely programming the bots to respond slowly, they become more realistic which lessens the suspicions of the target. This tip should always be used in combination with the others in this article. While often reliable, it is not to be used as your only protection against bots and scammers online.

3. They Only Post a Few Pictures… Which are all Extremely Hot

Imagine you’re swiping through Tinder and  you find a gorgeous person, the man or woman of your dreams. You give them a right swipe, and they return ir. Once you begin talking,their responses seem perfectly normal. This match is so good it almost seems fake, and their profile picture is really too good to be true. After a while, you probably begin to wonder if it is photoshopped. With no success, you attempt to find more pictures of them to get a better idea of what they look like. You ask them to send you a selfie and they refuse or make an excuse as to why they can’t. In situations such as these, you might as well end the conversation. By maintaining a realistic level of your online dating expectations, similar future situations can be easily avoided.

Disclaimer: It should be noted that the tests explained below are only to be conducted if you are close to certain that you are a victim of scamming. If not, what might be a perfectly good, real match could be ruined in consideration of the questions you are asking.

To begin, ask the potential bot a few logical questions. For instance, ask if a train can fit inside a lunch box, or if the world is made of titanium- just ask nonsensical questions. Bots are usually unable to answer these types of questions which causes them to begin deflecting. For the most part, if the person you are chatting with disregards the question or changes the topic as opposed to answering it, they could be a bot.

By asking the bot to spell a word backward, a skill most bots are not capable of, you can cause them to out themselves. Overusing pronouns can also help distinguish a bot from a real person. This is because most bots are known to be unable to effectively communicate pronouns.

One of the best examples to spot scammers on OkCupid and Tinder is to review your conversations. Normal conversations, even awkward ones, have a certain real flow which bots cannot replicate. While some of the more sophisticated bots out there may hold their own, most will not. When engaged in a conversation, you may not fully realize how awkward the conversation is-the other person is simply not responding to what you say and tries to reroute the conversation in order to scam you. Once a few messages have been exchanged, you should step back and re-read the conversation. In doing this, you will be enabled to look at the conversation objectively which allows you to determine any inconsistencies.

Online dating scams can go beyond harmless advertisements, however. It is particularly important to remain cautious of being scammed on online dating websites, especially around Valentine’s Day. It is not unromantic to protect yourself from the nuisance of talking to a bot or (even worse) being scammed. If you believe you or someone you know is a victim of an online scam, feel free to contact us at info@strikerpierce or (571)-451-4833 with any questions or concerns regarding your case and to explore your options. We are here to help, because you deserve to know.