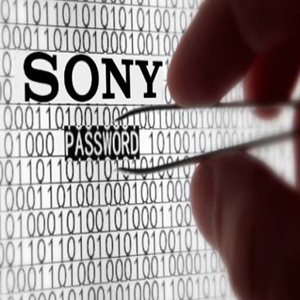 “Your word is only as good as your firewall.” – Chad Baptiste, Content Manager, Striker-Pierce LLC

It doubles as a, counter-intuitive but pragmatic resolution, given their circumstances.

I speak of course of the confounding debacle that is the Sony cyber-attacks, before delving further, let’s take a moment to address what took place: Wednesday, December 17th, Sony makes history by officially canceling the release of one of its, shall we call it, cinema provocateur, in lieu of concerning threats aimed at theaters should the film see the light of day; something akin to “do you remember 2001, the 11th of September?”. These threats accompanied a massive breach of security within Sony, a hack that purged their protected servers of most of its sensitive data, spanning employee and personnel social security numbers, account and password information, financial documentation, and, the unfortunate highlight of the media’s focus, interdepartmental emails that demonstrate, for lack of a better term, the sometimes comical lapse in scrutiny among colleagues no matter what pay grade you occupy.

Sony, stemming the tide of uncertainty with the release of “The Interview”, another gem among the Seth Rogan and James Franco team, was forced to lift licensing obligations held by many theater firms. This came a mere few days after the Landmark’s Sunshine Cinema’s New York screening was canceled, prompting Sony to allow theaters the choice of whether or not to feature the movie. Unfortunately, as more and more theater firms backed out, so did the pressure to pull the plug on the film’s December 25th theatrical release, which they did, initially, seemingly caving into threats made by unknown, but assuredly politically motivated dissidents.

And how did all of this come about from a seemingly benign piece of motion picture? Well, the declination of artistic integrity notwithstanding, sometimes a  country’s sense of humor isn’t aligned with ours, especially when a film’s central theme involves that nation’s leader’s faux assassination.

It’s well known that North Korea’s sovereign leader, Kim Jong-un, is deified to the highest possible level accountable of a living being, and the mentioning of his life in a manner outside of this precedent is sacrilege. And while the North has officially denied being directly behind Sony’s misfortunes, they’ve taken great interest into this act’s “righteousness”, in a sense, laughing hysterically on the sidelines of such an inescapable embarrassment, but far enough way to withdraw blame; they’ve gone as far as to insist the “cooperation” with the Central Intelligence Agency to go about a means they’re privy to that would prove their non-involvement with the hacking scandal. This isn’t the first time fingers have pointed to our supposed tech vacuum, and although not “they” themselves, but the North has been identified in many cyber driven plots against other nations, including the likes of their Southern neighbor, and just about anyone that takes their Great Leader’s name in vein. Many political outlets ease the use of “warfare”, and outline most of these acts are merely politically driven, which, in the case of Sony, seems to embody just what some people are driven to do to protect the sullying of the great leader’s name.

Full disclosure: I myself have seen the film, and whatever expectations I may have had were certainly met. Extremely satirical in nature, of course, but it’s obvious the spot light was very much implied to illuminate the various mishandling of the catastrophe that is the North’s socioeconomic structure. The over-the-top antics, in my opinion, certainly didn’t get in the way of illuminating the strife of North Koreans, but rather in an implicative manner more so than documenting; I got some really good laughs out of it too.

Sony’s reaction to these threats were duly poisonous, to the motion picture industry as a whole, and more so, however, to people associated with the development of this film. The projected financial loss from pulling the plug on The Interview could have stem into the millions, and this in no way accurately quantifies the damage done to their and the reputation of the cast and crew: i.e. the Seth Franco tag-team.

Although, as time went on, their decision shone a far bleaker light onto the integrity of their institution; it was announced in a statement made to the Associated Press that Sony reached out to VOD services, including such parties like Google Play, with the hope of supplementing a nationwide release since a theatrical release didn’t appear possible at the time. Coupled with the President’s remarks and other Hollywood emissaries :ahem:Clooney:ahem: who spoke out on Sony’s decision, made it clear that refraining this film’s release was a mistake, and no sooner had the public outcry for anti-censorship justice rang clear into the chilly dusk of old man winter, was the decision to green-light the release of the film on Christmas Day approved, or I should say, re-approved by Sony. It was a surprising, but very much relieved decision, prompting Sony to stand against censorship and recover what was left of their vertebrae.

The turn out on release day, especially on its midnight release, was significant enough a representation of the general public’s view of the matter: they may not have made the film, but they’d be damned if anyone but themselves would determine their viewing it. And sure, maybe Sony was being just a bit careful with their steps taken in light of the circumstances surrounding this movie, but what’s clear is such a decision has the potential to affect not only those directly involved: deliberation among studios, many of whom will now wane in confidence moving forward, casting doubt over scripts and screenplays for fear of a repeated backlash, restricting the circulation of creativity in an already stifled industry. But even the potential backlash from succumbing to the demands of cynics armed with heavily sophisticated coding techniques, the ultimate fault in the stars of Sony is their betrayal of trust.

Security, in an age where one’s very identity can be compromised, is paramount. There’s a small part of me that wishes the extent of devastation wrought by these hacks against Sony only stemmed as far as a handful of embarrassing emails being leaked to the public. But this attack, however underhanded in its volition, once again signifies just how utterly important the discipline of cyber security must be upheld by ALL institutions, no matter how powerful, or protected, you believe you are. I use the term discipline because the protection, and continued protection of employees and personnel past and present should be of the utmost importance; their vulnerability becomes your responsibility, and only you are held accountable even if you’ve done nothing to provoke such an aggravated attack by comparison. It is not a cheap endeavor, and no one is proposing undergoing a million dollar security onslaught that costs as much to maintain as it would to implement, but there’s no real excuse of such a lapse in understanding that the level of “unruly activity” you face with a project so potentially volatile, that you wouldn’t have a system in place to protect against, at the very least, the possibility of an attack. In such a circumstance, the likelihood of no one getting hurt diminishes substantially.

Only time will tell how the motion picture industry, and that of Sony Pictures, well recover from this yearend fiasco; many lives have both directly and indirectly become affected by Sony’s lapse of judgment. If you’re a provider of content, or a provider of means; you maintain your records digitally, you are a target. It may not be so much inevitability as it is a susceptibility, but it behooves all to simply take heed of the repercussions that come about when something like this takes place. Let 2014 serve as one of the biggest reminders to each and every one of us:

Your word is only as good as your firewall.

Chad Baptiste began his role as Content Provider to Striker-Pierce in early December, 2014. Serving as an outside intermediary, Chad‘s blogging techniques cover various topics as seen predominately from the public eye, matters that both directly and indirectly correspond with the diligence of Striker-Pierce, and incorporates the significance of what can be done to protect ourselves in an increasingly growing global market. As an artist, the ability to keenly observe key elements among a flurry of data is key to providing poignant and direct text for readers to engage, and also, just as importantly, to question. Chad, a Bachelor of Science recipient, has had experience in narrative development as an independent comic artist and writer, working along side others as well as his own titles over the years, applying resourceful techniques to build his writing skill set.

Striker Pierce also leverages its network of over 230 industry and private individuals domestically and internationally to support operations as appropriate or when needed. In addition to the entire Commonwealth of Virginia, within the United States, this includes (but is not limited to) Austin, Baltimore, Boise, Boston, Denver, Jacksonville (Florida), Los Angeles, New York City, Philadelphia, Portland (Maine), Reno/Tahoe, Salt Lake City, San Francisco and Seattle/Tacoma.

Whether your case is personal or professional in nature, large or small in  scale, Striker Pierce has the skills, experience, and past performance to continually deliver solutions to all of our customers problems.